You are here: Home / Archives for radiation 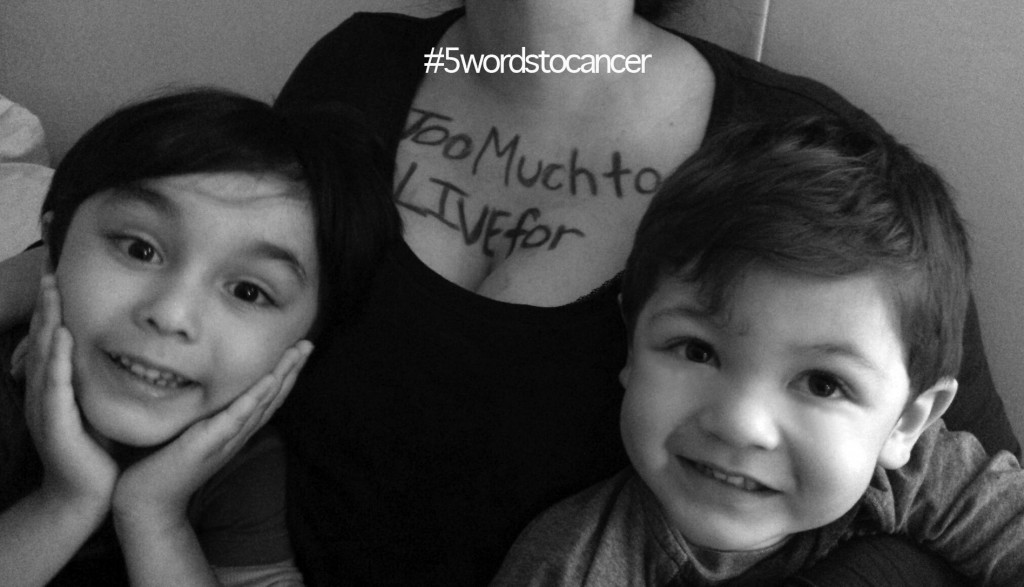 One year ago today I was diagnosed with cancer.

While everyone was convinced that I was in shock that day, the scenes play vividly in my mind now.

My phone rang and the doctor’s assistant, who’d just confirmed my appointment to go over my biopsy results, said, “I forgot to tell you – the doctor said to make sure you bring somebody with you.”

I dropped to my knees, clung to my bed and tried to pray through the sobbing. My sister found me on the floor and tried to convince me that it didn’t mean something was wrong. I’m sure we both knew better.

The waiting room seemed to grow smaller every minute that we nervously waited.

The doctor came to get me and told me to bring one person back with me.

As he made up a series of excuses why only one person was good and my sister pleaded to come in (apparently he didn’t know my family—everyone was making their way in the room regardless of how he fumbled through his one-person request), I heard him say, almost under his breath, behind me:

“This is going to be hard.”

I could almost feel the hope get sucked out of us as we quietly took our places in the room, pretending like we didn’t even hear that.

I remember how the white paper crinkled underneath me when I sat on the examining bed and how I tried to steady myself with a deep breath.

I remember him handing me a printout of my results along with a background on Hodgkin’s Lymphoma. The cat was out of the bag.

As his carefully-chosen words crept out of his mouth, I remember my sister sliding down the wall in slow motion.

I remember my mom sobbing silently and wanting to tell her I was so sorry this was happening to her.

I remember thinking to myself over and over “Better me than my kids,” to try and find some kind of silver lining… then realizing my mom would now have to go through my worst fear.

I remember trying to be strong for everyone else… trying to ask the right questions and pull a game plan together in my head so I could hit the ground running.

I remember my husband flipping through results pages with me and trying to take it all in.

I remember how pissed off he was that this could happen to me. I didn’t deserve it. No one deserves it. He didn’t deserve to lose his dad to cancer and then hear his wife has it. “I fucking hate cancer!” he said as we made our way back out to the car.

A year later as I’ve just now started to deal with everything I’ve been through, I’m finally as mad as he was on that day.

I remember calling my dad when we got in the car and trying to choke back my tears enough to blurt out an update.

I remember that within an hour of having my life shattered into pieces that I’d already registered myself with City of Hope.

I remember friends and family coming over to my house and in the midst of laughing and crying there’d be occasional WTF pauses of awkward silence as we wrestled between reality and hoping it was all a bad dream.

“You’re in shock,” they said, as I put on my big girl pants and made doctor’s appointments and collected all of my scans and tests in a binder and walked through in my head how many times as I’d been misdiagnosed for six years until a tumor nearly as big as a softball wedged itself between my heart and lungs. 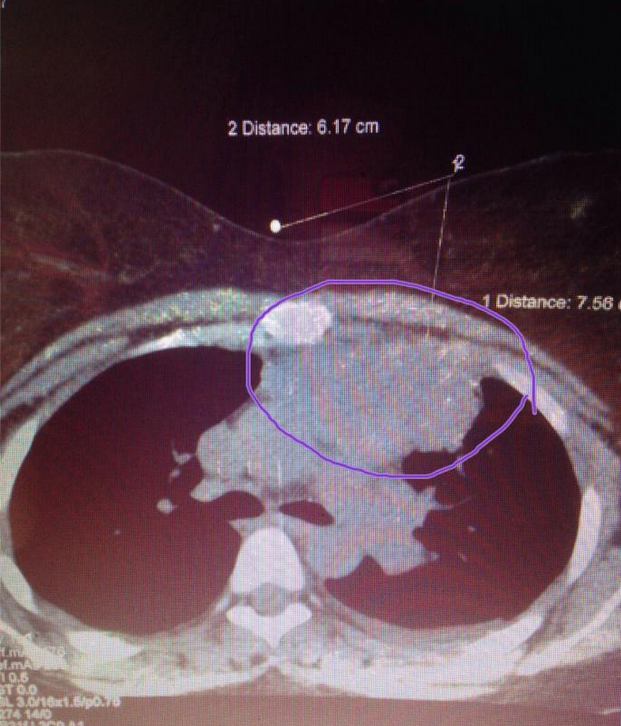 Looking back on the past year, I realize now that because I hit the ground running and plowed through surgeries and chemo and tests and scans and losing my hair and losing my mind and experiencing what hell must be like and radiation and working the whole time and………… I’ve never really “dealt“ with it.

As I celebrate living one year since the day I learned something was trying to take my life, I ring it in with battle wounds that have shaken my usual glass-half-full, optimistic outlook on life. PTSD, flashbacks, breakdowns and a host of scars and side effects from treatment now invade my every day. It turns out, my psyche wasn’t the only thing cancer left its mark on. My lungs, thyroid, nerves and heart all took a hit, too.

I may still be trying to recover from the battle, but I’ve learned so much along the way.

I’ve learned that faith can get you through anything.

I’ve learned that life truly is too short.

I’ve learned that work and my cell phone are far less important than I once thought they were.

I’ve learned that my babies can fix everything with a smile, a laugh or a hug.

I’ve learned that my 5 year-old is one of the sweetest, most thoughtful people I’ve ever known in my lifetime. 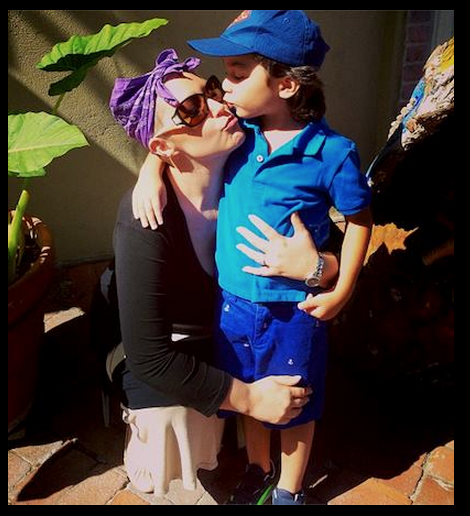 I’ve learned that it’s ok to be weak.

I’ve learned that when you’re diagnosed with a life-threatening illness people show their true colors — good and bad.

I’ve learned that no one can truly understand what it’s like to fight cancer, then deal with the lifetime of fear it brings, unless they’ve been there.

I’ve learned that there are amazing people out there who’ve walked this journey and I’ve been fortunate enough to make incredible connections with them.

I’ve learned that too many people die from cancer. Too. Many. People. People I knew, people I prayed for… a child my boys prayed for every night lost his battle while I was being treated.

I’ve learned that sharing a life-threatening experience can make your marriage stronger.

I’ve learned that my mom is somehow capable of being more amazing every day.

I’ve learned that I’m lucky to have a best friend that stuck by my side through good, bad and ugly… because there’s really nothing cute about chemo.

I’ve learned that this too shall pass.

I’ve learned to face my demons.

I’ve learned that everything happens for a reason, and if you’re open to learn from it you can gain so much from even the crappiest situations.

I’ve learned that cancer may have left some battle wounds, but I will win the war.