You are here: Home / .live. / Time flies when you’re living with cancer 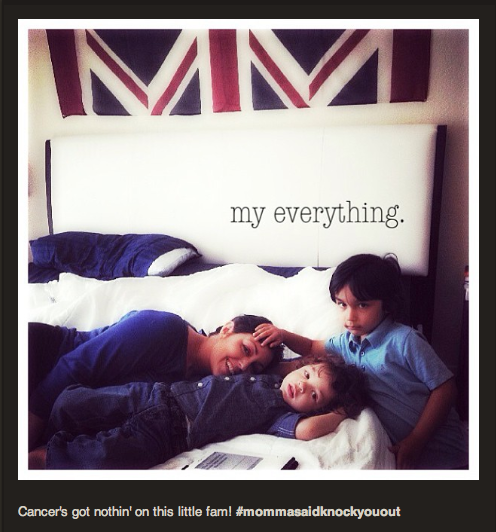 This week marks eight weeks that my cancer was confirmed. It will be my fourth chemo treatment— my official halfway mark. I’ve had more eight-week spans in my lifetime than I’ll ever remember, but the events of the past two months are moments that I’ll never forget.

“This is going to be hard,” my doctor told my family as he led us into the room, wishing he could shield us all from the inevitable. We came to the appointment just hoping that the giant mass that had grown between my heart and lungs was benign… but those six words stripped the hope right from our souls as we slowly took our places in the room.

As he handed me some info on Hodgkin’s Lymphoma, he carefully began to explain.

“The first biopsy showed the presence of Hodgkin’s Lymphoma cells, but not enough to be 100% certain…” But my doctor knew better. So did I. With every word after that my reality began to unfold.

“You should know this doesn’t have to be a death sentence.” Of this, we were also both certain.

I nervously tried to break the tension by saying something funny but he darted a look my way that I’ll never forget. As he lowered his eyes back to the paperwork it all became so real. My sister went from standing scared against the wall to slowly sliding all the way down to the floor in shock. My mom— my hero— sobbed as quietly as she could while she took it all in. My husband sat next to me as we flipped through pages of biopsy results and more information than I could possibly absorb.

I fought back tears as I tried to ask all the right questions while the room sometimes spun around me. Inevitably I found that “go time” place inside of me that my family insists was shock. I’ll consider it faith. Within an hour of leaving the doctor’s office, as my house began to fill with family and close friends, I quickly enrolled at City of Hope and my journey to beat cancer with God by my side had officially begun.